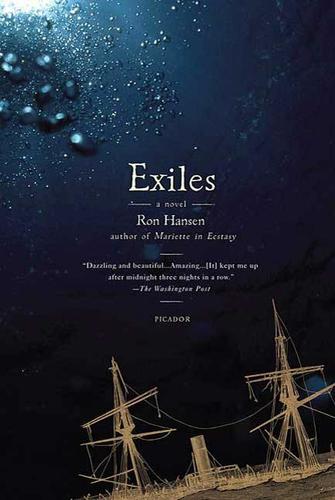 Already purchased in store?
or

With Exiles, Ron Hansen tells the story of a notorious shipwreck that prompted Gerard Manley Hopkins to break years of "elected silence" with an outpouring of dazzling poetry.

In December 1875 the steamship Deutschland left Bremen, bound for England and then America. On board were five young nuns who, exiled by Bismarck's laws against Catholic religious orders, were going to begin their lives anew in Missouri. Early one morning, the ship ran aground in the Thames and more than sixty lives were lost—including those of the five nuns.

Hopkins was a Jesuit seminarian in Wales, and he was so moved by the news of the shipwreck that he wrote a grand poem about it, his first serious work since abandoning a literary career at Oxford to become a priest. He too would die young, an exile from the literary world. But as Hansen's gorgeously written account of Hopkins's life makes clear, he fulfilled his calling.

Combining a thrilling tragedy at sea with the seeming shipwreck of Hopkins's own life, Exiles joins Hansen's Mariette in Ecstasy (called "an astonishingly deft and provocative novel" by The New York Times) as a novel that dramatizes the passionate inner search of religious life and makes it accessible to us in the way that only great art can.