The Spirit of Democracy

The Struggle to Build Free Societies Throughout the World 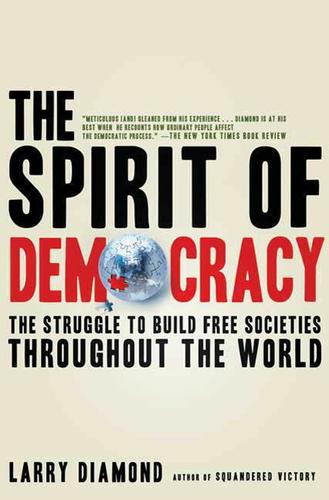 Already purchased in store?
or

Over three decades, the world was transformed. In 1974, nearly three-quarters of all countries were dictatorships; today, more than half are democracies. Yet recent efforts to promote democracy have stumbled, and many democratic governments are faltering.

In this bold and sweeping vision for advancing freedom around the world, social scientist Larry Diamond examines how and why democracy progresses. He demonstrates that the desire for democracy runs deep, even in very poor countries, and that seemingly entrenched regimes like Iran and China could become democracies within a generation. He also dissects the causes of the "democratic recession" in critical states, including the crime-infested oligarchy in Russia and the strong-armed populism of Venezuela.

Diamond cautions that arrogance and inconsistency have undermined America's aspirations to promote democracy. To spur a renewed democratic boom, he urges vigorous support of good governance—the rule of law, security, protection of individual rights, and shared economic prosperity—and free civic organizations. Only then will the spirit of democracy be secured.